Computer controlled measurement of the emittance and beam profile of an ion beam. The beam emittance analyzer is a “ready to use system” and consists of the following components:

The measurement is based on the slit/harp principle: A profile harp, an array of equidistant metal wires or rods, is placed parallel behind a slit-like aperture. Slit and harp are moved through the beam line transversally. The current induced by the ions, which are hitting the wires, is measured at different positions and for each wire separately. The slit separates such ions of only one certain transversal coordinate (e.g. x). Each wire is located in a certain angle to the slit and hit only by ions with a corresponding angle in their trajectory. The wire-current is proportional to the density of the ions in the phase space element x, x’. Thus each measured value is characterized by three parameters: x, x’, I.

An intensity profile of the ion beam in the x, x’-plane is given by a 3-dimensional plot of the current I as a function of x and x’. The area of the x, x’-plane filled by the ion beam is corresponding to its emittance, the so called “total emittance”. Most important value – because of its invariance according to Liouvilles law – is epsilon, the area divided by π.

The RMS- and the KV-emittance (KV=RMS*4) are calculated with the second momentum of the intensity distribution. The KV-emittance (Kapchinskij-Vladimirskij) is used for the analytical computation of the beam envelope under space charge conditions.

The brilliance of the ion beam is a measure by its current density in the transverse 4 dimensional phase space and is calculated by the beam-current divided by the cube of its emittance * π², which can be computed either with the total- or with the KV-emittance. 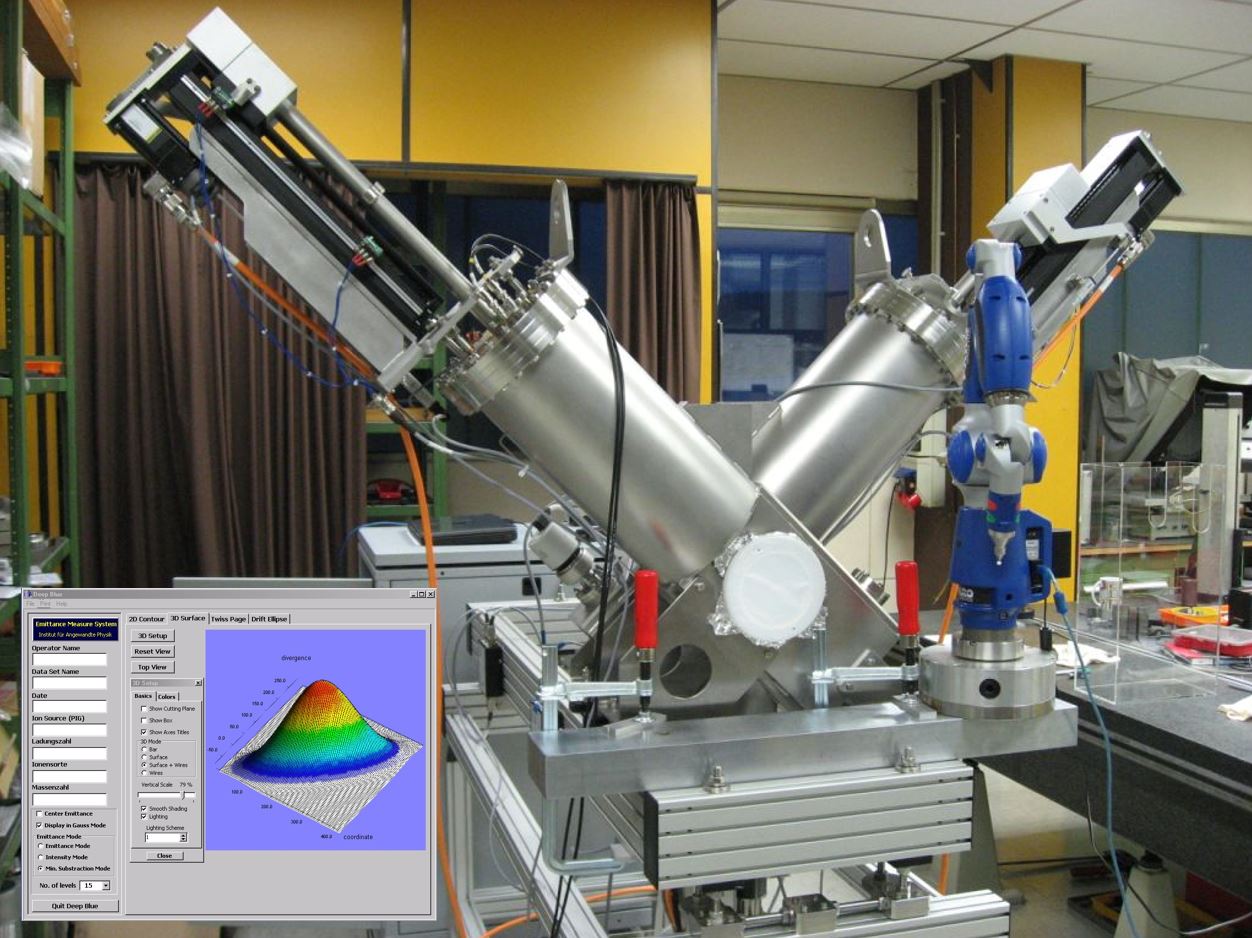